The expectations were high before the launch of the proposals for a New Pact on Migration and Asylum. A new impetus was desperately needed in order to achieve a real harmonisation of asylum policies and most of all, a fair responsibility-sharing of asylum claims among the Member States.

In 2016, in response to the increased number of arrivals through the so-called Balkan route in 2015, during the ‘refugee crisis’, the Commission had launched new proposals on the asylum procedure, reception conditions and responsibility-sharing. While the negotiations ended in a deadlock in the Council of Ministers, the Parliament managed to take a common position. As it takes two to tango, no trilogue started. In her first State of the Union speech, Commission President Von der Leyen referred to the images of the Moria camp as a painful reminder of the need for Europe to come together. We had hoped that this heart cry signalled the launch of fundamental reform.

Despite references to a fresh start and true solidarity, the Pact will not do what it promises. The preservation of the first country of entry criterion, which formed the main obstacle for a fair responsibility sharing, coupled with the newly introduced border procedure, will increase instead of lower the pressure on border countries. Especially while the length and fairness of the procedures will largely depend on the national capacities of the immigration authorities, lawyers and judges. The Pact strengthens the linkage between asylum and return procedures. And this is especially applied in the border procedure, where the asylum seeker is treated as if he/she is not yet on the EU territory. During this fiction of non-entry, people are screened, undergo an asylum procedure and if they are rejected, the return procedure takes place there as well, in a procedure with short time-limits and limited safeguards. All stages of this procedure will probably take place in detention. As border countries will have the largest “burden” and returns are difficult to execute, there is a risk of long detention periods. 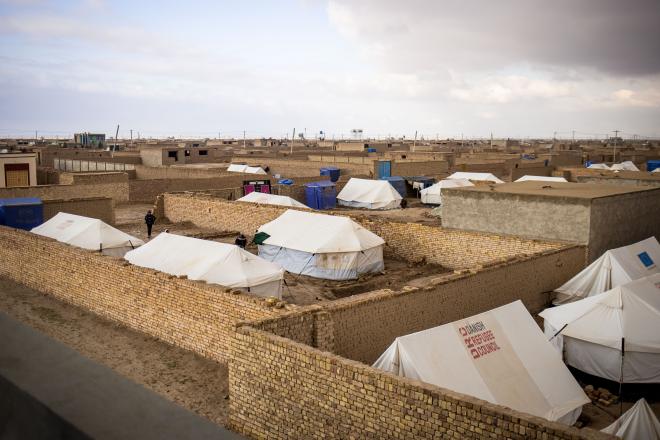 Although the border procedure is only mandatory for a certain category, namely the asylum claims of nationals from a country with a recognition rate of less than 20 percent, it can all in all be a significant group, especially while countries can influence that recognition rate themselves. Furthermore, Member States may apply a border procedure in many more cases, for instance regarding applications made at the external border, or following an apprehension after irregular border crossing or disembarkation. Also, decisions on inadmissibility, which include the application of the safe third country concept, can be made in that border procedure. Projected on the Greek situation, I expect that all cases currently dealt with on the Greek islands will be subject to the border procedure, except for the minors below the age of twelve years. How can we reasonably expect that this new Pact will bring an end to Moria-like situations, as all elements creating them, will continue to be there?

The only chance for a relief of the burden on border countries, which is a condition for a fair and effective asylum procedure in decent and protective circumstances, depends on the solidarity system. The Commission proposes not only a very complex and bureaucratic procedure but it also offers a large amount of flexibility to the Member States. If they can choose between capacity building or operational support, return sponsorships or relocation, I am not quite confident that the number of pledges will be sufficient, with the risk of many asylum seekers stuck at the external borders. Actually, the mechanism doesn’t foresee relocation of asylum seekers from the border procedure at all, unless a crisis situation is applicable.

What are the criteria for ‘migratory pressure’ or a ‘crisis situation’?

This crisis mechanism, triggered if the solidarity system proofs to be insufficient, only leaves the choice for Member States to opt for return sponsorships or relocation. Again, no safeguard for sufficient pledges. And what are the criteria for ‘migratory pressure’ or a ‘crisis situation’? There will be no quantitative threshold for defining (the risk of) ‘migratory pressure’, but instead a ‘holistic assessment’ will be made by the Commission. Through the lack of a precise definition, its application by the Commission may lead to controversies with and among the Member States, and thus, to lengthy procedures. Why not chosen for an automatic application of the mechanism in case the number of asylum claims in a certain Member State exceeds its distribution key (based on the size of the population and the total GDP of a Member State)? Furthermore, the element of ‘own responsibility’ as a factor for triggering the crisis mechanism (the crisis is only recognised as a case of force majeur if it could not have been avoided by the Member State), can be used as a tool to contest mandatory solidarity.

Solidarity through return sponsorship, which is one of the few innovative elements of the Pact, implies that solidarity is merely related to the border country, and not to the asylum seekers. The return sponsorship implies that the sponsoring Member State makes efforts for readmission to the country of return. If the return has not taken place within eight months, the returnee is being transferred from the beneficiary state to the sponsoring state. Taking into account the Return Directive, where the definition of a ‘country of return’ includes a transit country and ‘another country’, returnees might be pressed by the sponsoring state to return to a partner country where they have never been before and where they may end up in legal limbo. 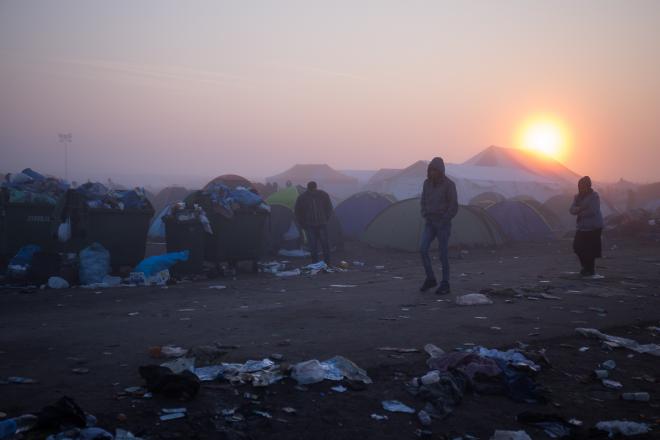 Does this New Pact address and solve the current problems? No: the attempt to keep all Member States on board has led to a receipt to fail. It does not depart from the main principles of the Dublin Regulation, instead, the period during which the border countries are responsible is extended from 18 months to 3 years. The incentives to comply with the distribution key instead of being imposed on the Member State, are imposed on the asylum seeker. Without a system of fair responsibility sharing, we will not achieve high-level harmonisation in law and practice. Overburdened countries will be forced or even seduced to perform below the standards, and in the end, the rights of asylum seekers, including the core right to asylum, are at risk. Actually, we already have pretty good rules in place, especially since the Recasts of the Qualification (2011), Procedures and Reception Conditions Directives (both 2013). However, instead of focusing on implementation and enforcement, Commission and the Member States are wrangling about new rules during the last five years. There is no refugee crisis, but a compliance crisis, threatening nothing less than the right to asylum. The number of pushbacks at the external borders has drastically increased, and the lack of a response from the Commission has created a sense of impunity. The national monitor mechanism foreseen by the Screening Regulation will not monitor how border guards brutally violate the fundamental rights in forests or at sea.

Luckily, there are also elements to be supported, such as the exemption from the border procedure for minors under the age of twelve, and the obligation for the Member States to grant people fleeing from war situations immediate protection status when the crisis regime applies. The negotiations will hopefully preserve these elements and improve the weak parts, and of course, we will do our utmost to achieve this. But without fundamental changes, this Pact will remain a missed opportunity.

OK, but what should be done instead? How can we avoid Moria-like situations, and how to achieve a system with equal responsibility-sharing and at the same time a real harmonisation of asylum law based on high standards, effectively implemented and enforced? The Greens/EFA have expressed their position in a proposal for a fair and efficient Asylum System in Europe

Read more:
Green proposals for a new pact on Migration and Asylum