When presenting the New Pact, the Commission put a lot of emphasis on the need for an effective return policy. The argument which Commissioner Johansson kept using was that only one third of the asylum seekers are being granted asylum, although analyses clearly show that during the previous years around 60 percent received protection, including in appeal. Another assumption underlying the proposals is that the current legislation on return procedures is causing ineffective return policies. This was exactly the reason behind the proposed recast Return Directive which is still under negotiation.

So, apart from the recast Return Directive, we are currently faced with four legislative proposals (Screening Regulation , Asylum Procedures Regulation,  Asylum Migration Management Regulation and  Crisis Mechanism), which include provisions on the return procedure. The drafts depict a complex system, which raises legitimate doubts if this will help or rather hinder the aimed efficiency and effectiveness. Also, the timing of the processes raises questions: while the negotiations on the recast Return Directive are ongoing (the Council reached a partial agreement and the European Parliament is negotiating a common position), the work on the New Pact proposals are only in its orientation phase. Given all those cross-references to the Return Directive, is it wise and even possible to reach an agreement on this recast proposal, if all the related files are still pending? 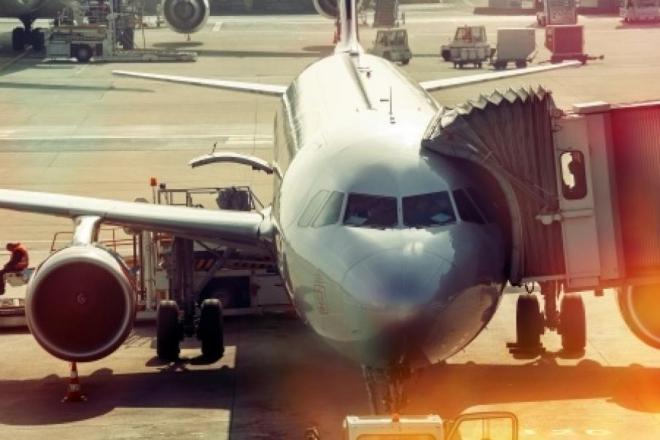 Recast Return Directive: which problem does it intend to solve?

For now, the recast Return Directive in itself is already causing enough dilemmas and questions to be solved in Parliament. In order to reach a common position, it is vital to first agree on the main principles underlying the Return Directive. Its’ aim is to promote effective returns through common standards, including legal safeguards, which are based on the principle of proportionality and fundamental rights. It follows from these principles that voluntary departure must be preferred over forced return, also because this is often more sustainable and less costly for the Member State. We need to agree on which return policies are actually effective. From my point of view, the effectiveness should be measured by looking at both the return rates and the legal safeguards. Therefore, we still need to know and acknowledge what the current obstacles are and how to overcome these.

Does the restriction of voluntary departure lead to more returns? Does the imposition of more entry bans promote returns, or would it even take away the incentive for a returnee who is still on the EU territory, to actually leave the EU? Does more detention lead to more returns? And how can we ensure that the principles of necessity and proportionality still apply?

The deeply concerning situation is that these questions were not answered before the recast proposal was drafted. In contrast, the Commission concluded in 2014 that there was no need for legislative changes, as the directive would already facilitate returns and harmonise the legal safeguards. The recast proposal, designed under political pressure from the member states, is currently based on the assumption that more restrictions will lead to more returns. In absence of recent implementation reports and an impact assessment accompanying the recast proposal, it seems to have become a matter of (political) belief. This is not promoting evidence-based policy making, to say it mildly. Especially in the delicate field of return policies, rhetoric and symbols stand in the way of a careful problem analysis and the best solutions. However, the Parliament, for which return policies are politically salient as well, now has the task to find a compromise on this poorly founded legislative proposal. The only way forward is to exchange and carefully assess all arguments, taking into account the available evidence. With the Commission failing to fulfil its duty, we have issued a substitute impact assessment as well as a substitute implementation report.

Border situations outside the scope

One of the issues we need to find agreement on is the scope of the Directive. Article 2(2)a allows Member States not to apply the Directive in case of a refusal of entry based on the Schengen Borders Code, or in case a person is apprehended in connection with irregular border crossing. The CJEU has further defined this connection narrowly in following jurisdiction. Although the Commission doesn’t propose a change, it is worthwhile to consider if this option should be deleted. First, the absence of procedural safeguards on return at the border will not contribute to combatting the persistent practices of pushbacks at our external borders and may even fuel the current situation. Second, the proposal for a Screening Regulation will promote a practice in which most of the refusals of entry will take place at the border. In Article 14 (1), the proposal makes reference to the Return Directive, but in case a Member State applies the optional clause, it is only bound by the minimum standards of Article 14(4) of the Return Directive. Apart from that, any national procedure to return migrants is allowed. So, the optional clause is already an obstacle for harmonised procedures with proper safeguards at our borders, but this becomes even more problematic in the light of the objectives of the New Pact. Especially while the proposed Screening Regulation confirms that the whole EU asylum acquis doesn’t apply during the screening procedure, but that only the Charter of Fundamental Rights applies.

The proposed Article 6 will considerably affect the possibility of a voluntary departure but also the use of detention measures and the entry ban. The Commission aims to ensure “clearer and more effective rules for granting a period for voluntary departure and detaining a third-country national”, but the non-exhaustive character of the list immediately undermines this aim. Because the criteria are widely formulated, such as irregular entry or the lack of documents proving the identity, residence or financial resources, they can be applied to most of the rejected asylum seekers and a large proportion of the irregular migrants. Under four criteria, states should presume a risk of absconding and returnees are thus confronted with a reversed burden of proof. The proposal puts the proportionality principle to the test and may undermine the need for an individual assessment. The political groups need to decide if they want an exhaustive or an open list, and how widen or strict the criteria should be. 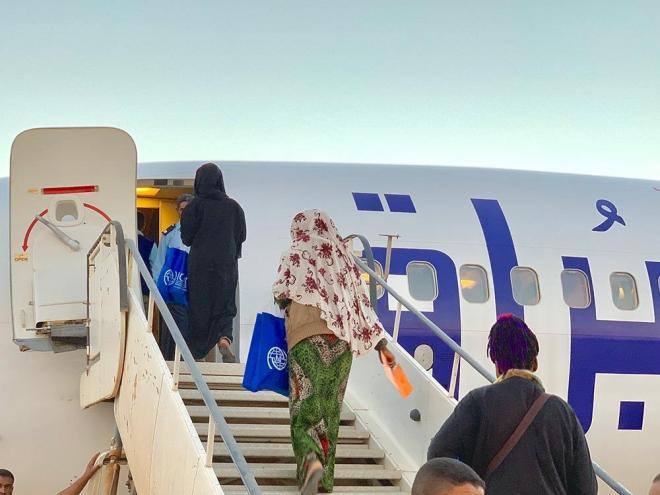 In its recast proposal, the Commission has abolished the rule in current Article 7(1) that a minimum period for voluntary departure is to be seven days. The Commission has motivated this proposal by pointing that states hardly use this minimum in practice, which is hardly convincing. A period of less than seven days is too short for a realistic return and may in practice result in people not being able to leave within that period. If the person is not granted a voluntary departure term or does not leave within the given period, they may face harmful consequences: an entry ban will be automatically imposed, and the person is excluded from the safeguards pending return. The proposed amendment disregards the fact that the minimum 7-day period was established in 2008 to avoid arbitrary states’ practices whereby unrealistically short periods were granted to rely on the lack of compliance by the person to justify an entry ban and a detention [1] In addition, the recast proposal obliges states to refrain from a voluntary departure term in case of one of the three circumstances under the current Article 7(4). As one of the three criteria refers to the risk of absconding, the wide scope of the newly proposed Article 6 will lead to an automatic refusal of a voluntary departure term to most of the returnees and following this, the imposition of an entry ban. This is hard to reconcile with the proportionality principle and the obligation to conduct an individual assessment as required in the CJEU case-law.[2] Most of all, it undermines the untouched core principle of the Directive that voluntary departure has to be prioritised.

In its draft Article 18(1)(c), the Commission introduces the risk of public policy or public or national security as a new ground for detention. The Commission seeks to justify its proposal by referring to new risks that have emerged in recent years, however without defining these ‘new risks’. By allowing Member States to use administrative detention measures for criminal law purposes, the proposal undermines procedural safeguards of national and European criminal law. The proposal therefore risks blurring the lines between administrative immigration detention and punitive detention.

In draft Article 18(5), the Commission prescribes that Member States have to provide for a maximum period of initial detention in national law, not being shorter than three months. This provision may trigger a three-month automatic detention across the EU, which would then violate the lawfulness of detention. The Commission has failed to exclude children from application of this provision. It confirms a blindness for the norm of non-detention of children which has gradually emerged and superseded the last resort principle (which is applicable to adults). It is a missed opportunity for the Commission to ensure that the Directive is in line with the current international standards. In its recently adopted implementation report on the Return Directive, the Parliament expressed its endorsement of the clarification of the UN Committee on the Rights of the Child that children should never be detained for immigration purposes.[3] 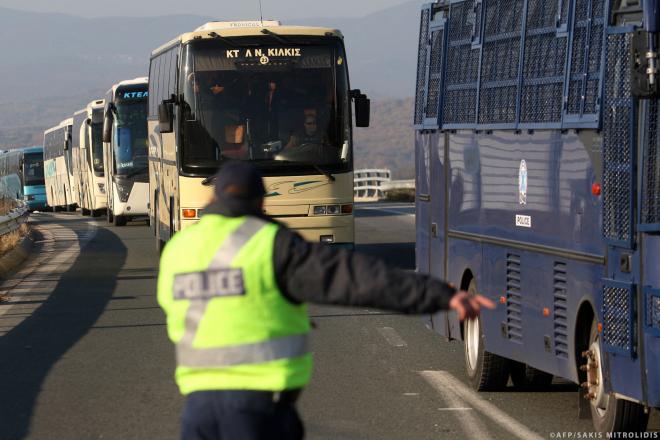 Together with the shadow rapporteurs, I am currently assessing ways to overcome different positions, by drafting and discussing compromise amendments. It is difficult to predict how long this procedure will take, taken into account the restrictions of the COVID-19 measures. In the meantime, we are closely looking at return-related provisions in the New Pact proposals, while trying to grasp their consequences for the application of the Return Directive and the meaning of the recast proposal. In one of my next blogposts, I will further analyse these cross references and their implications. I hope that as a Parliament, we will manage to retain our evidence-based approach regarding the new Pact proposals as well. It is encouraging that the rapporteurs decided to conduct a substantial substitute impact assessment, with attention for horizontal issues such as procedural safeguards and solidarity, as well as for the effectiveness and the level of coherence of the new Pact.

[3] See para. 34 of European Parliament resolution of 17 December 2020 on the implementation of the Return Directive (2019/2208(INI)), P9_TA-PROV(2020)0362. For a commentary of this resolution, see I. Majcher, “The Implementation of the EU Return Directive: The European Parliament Aligns the EU Expulsion Policy with Recommendations of UN Human Rights Expert Mechanisms,” EU Law Analysis, January 18, 2021, http://eulawanalysis.blogspot.com/2021/01/the-implementation-of-eu-return.html.